RETURN ON INVESTMENT
and other BENEFITS

Utilization of robots boosts process delivery, eliminates human error and enables better use of employee potential. Customer experience has also improved, which in itself can be a sufficient reason for building a robot.

We invite you to watching a short movie.

An example process required daily monitoring of mailbox to which customers send their orders. Those orders included PDF attachments, which were analysed manually, and the data was keyed into appropriate system of the company. Additionally, in relation to the SLA in force, the process itself had to be performed very fast.

WHAT WAS THE EFFECT OF USING A ROBOT? 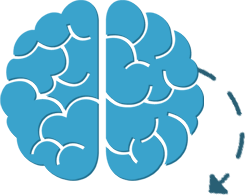 SPEEDING UP THE TASK

FTE FREED FOR OTHER TASKS 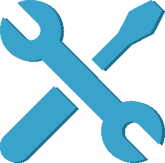 AUTOMATION WITH OWN TOOLS 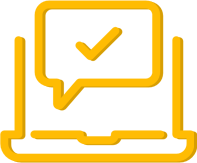 USE OF RPA TECHNOLOGY

Many companies for quite some time now try to optimise their processes with the help of their internal IT teams. Is this approach wrong? Does it carry risks?

The phenomenon of Robotic Process Automation solutions and companies supplying such solutions, which have swiftly become global players, testifies to meeting clients’ expectations in finding a huge ally in RPA. Traditional approach to optimization within company-based IT projects entailed the necessity to secure resources, maintain project documentation to reflect ongoing changes, and bearing personnel costs due to weeks- or months-long realizations.

The main benefits of utilization of professional RPA systems include:

DO YOU WANT TO VERIFY ROBOTIC POTENTIAL IN YOUR ORGANIZATION?

MAKE USE OF A PROFESSIONAL AUDIT

The specialists from our Robotics Center of Excellence, having conducted a robotics audit and a process analysis, recommend the optimal technological solutions. In many cases we organise hackathons to select technology for a process, so that the client has a guarantee of the optimal decision. Apart from data security, which has to be in line with the company’s policy each time, the priority is either the fastest possible Return on Investment (when at the time of licence procurement, its size and scope has to be chosen) or incurring only the variable costs, which means using a tailor-made model of renting a robot as part of Robot as a Service (RaaS). It needs to be added that in RaaS, despite the lack of owning the robotics licence, no data is processed on the servers of the supplier of a given technology or RaaS itself.

The level of process complexity and ROI

The fastest ROI will be achieved when selecting a relatively simple process, i.e. with low level of complexity. At the same time it is the group of processes recommended for the first automation implementations with the use of Robotic Process Automation technology. Processes with average and high level of complexity should be considered second – their automation will take slightly longer, but the effective saving can be even more visible for the organization than in the uncomplicated processes. The third group recommended for automation is the one including relatively simple processes but at the same time offering lower benefits.

The above recommendations are just a guideline.

In reality the comprehensive assessment of potential is dependent on many additional factors.

DO YOU HAVE QUESTIONS?

USE THE YEARS’ WORTH OF KNOWLEDGE AND EXPERIENCE.